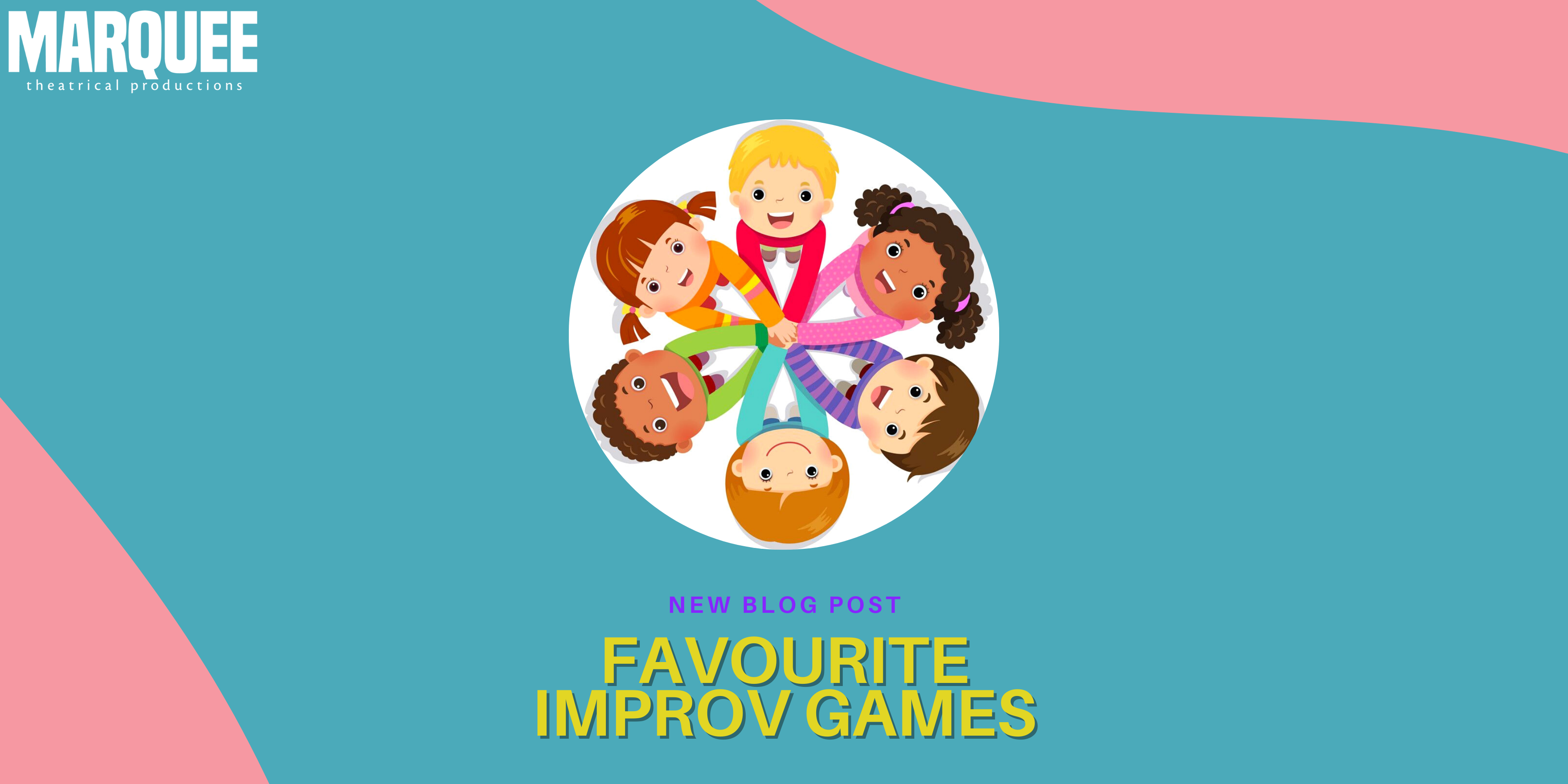 Improv games are a fantastic way to let loose, learn to work as a team, deal with anxiety, and make friends – among so many other benefits! Here are some of our favourite improv games to play.

Set up some chairs, one for the driver and a few others for the passengers. Have one participant start by sitting in the driver’s seat and mime steering the wheel. Another participant will enter the cab and sit in the passenger’s seat next to the driver. Whatever personality trait or emotion the passenger brings into the cab is what the whole cab has to adopt (ex. if the passenger enters and is having a horribly stressful day, everyone in the cab has to become equally stressed). As each new passenger enters the cab, they bring a different emotion or personality trait that everyone has to embody. Once the cab is full, the driver must find a way to drop off everyone off at their locations.

One participant acts as the host of the party and leaves the room while the others prepare. Three other participants ask the audience to give them characters to play when they attend the party as guests. When the host comes back, the guests must act as their assigned characters until the host can correctly guess who they are supposed to be.

Write about 10 words down on different pieces of paper and display them on the floor in front of two participants. The participants get a scenario from the audience and then must improv a scene using only the words in front of them!

Improv can be really intimidating if you’ve never done it before, and it’s definitely always a bit scary even if you’re a pro. But the benefits are worth it – and once you get into, it can be endless fun!