12 Musical Movies to Watch for your Next Movie Night 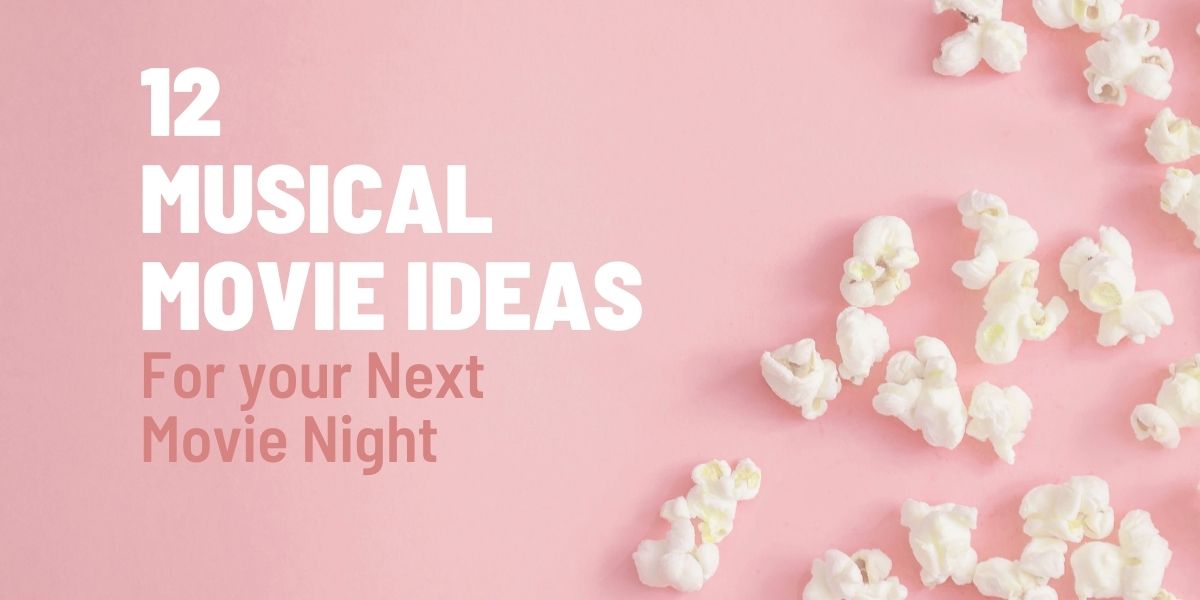 If you struggle as much as I do sometimes to think of a good movie to watch, don’t worry. Because today, we’ve compiled a great list of some musical movies from all genres to help you out!

Whether you want something more family friendly, nostalgic or dramatic, we’ve got some great ideas and have given you all the links for where to stream them online for your next movie night.

Starring Ryan Gosling and Emma Stone, this dreamy, musical film follows two artists drawn together by their passions as they adventure through the ups and downs of show-business and the realities of chasing their wildest dreams

You can watch it on Netflix or Amazon Prime

Beauty and the Beast

A live action remake of our favorite Disney classic, Beauty and the Beast.

Check out the live action version or the good, old, classic animated movie here on Disney+.

A dramatic love story following a young writer joining the bohemian revolution in Paris, who falls in love with a performer at the popular club: Moulin Rouge.

Watch on Amazon or on Disney+

A summertime, high-school fling turns into a fated romance between Danny and Sandy in this 1970s classic.

Another classic musical turned into a film starring Meryl Streep and Amanda Seyfried. Set in Greece, Sophie gets ready for her wedding and invites three of her mother’s ex-boyfriends, hoping to discover which one is her real father.

Watch here on Crave or here on Netflix

When Mr. Banks needs someone to babysit his kids, he finds the great Mary Poppins who is unlike any other nanny you’ve met before.

Saving Mr. Banks is not an actual musical. But if you want to stay on the Mary Poppins wavelength, check out this movie starring Tom Hanks from 2013 that follows Pamela Travers and Walt Disney in their efforts to adapt Mary Poppins for film.

Watch it here on Disney+

Based on the original story of Victor Hugo, a prisoner who broke free of his parole in 19th century France is tasked to take care of a young girl as he tries to escape his dark past.

Check it out here on Netflix, or here on Amazon Prime

This classic based on Romeo and Juliet follows two New York gang members who fall in love, but are torn apart by their opposing families.

Check it out here on Amazon.

This Oscar winner follows Freddy Mercury from start to finish through his life story as the lead singer of Queen, one of the greatest rock bands in history.

Check it out on Amazon or Disney+

An orphan named Annie escapes living under the roof of a wicked woman, and finds herself suddenly in the care of a wealthy businessman.

Check it out on Amazon

This film adaptation of the show Into The Woods stars James Cordon, Meryl Streep and many more big Hollywood stars. This mishmash of classic fairytales follows a young couple who are sent on an adventure by an old witch to find the cure to an old family curse.

Enjoy your movie night and be sure to let us know in the comments below – what’s your favourite musical movie?

← Previous: We Need Arts in Education. Here's Why. Next: 6 Tips on How to Work as a Team →