6 Fun Facts you Never Knew About the Movie Elf 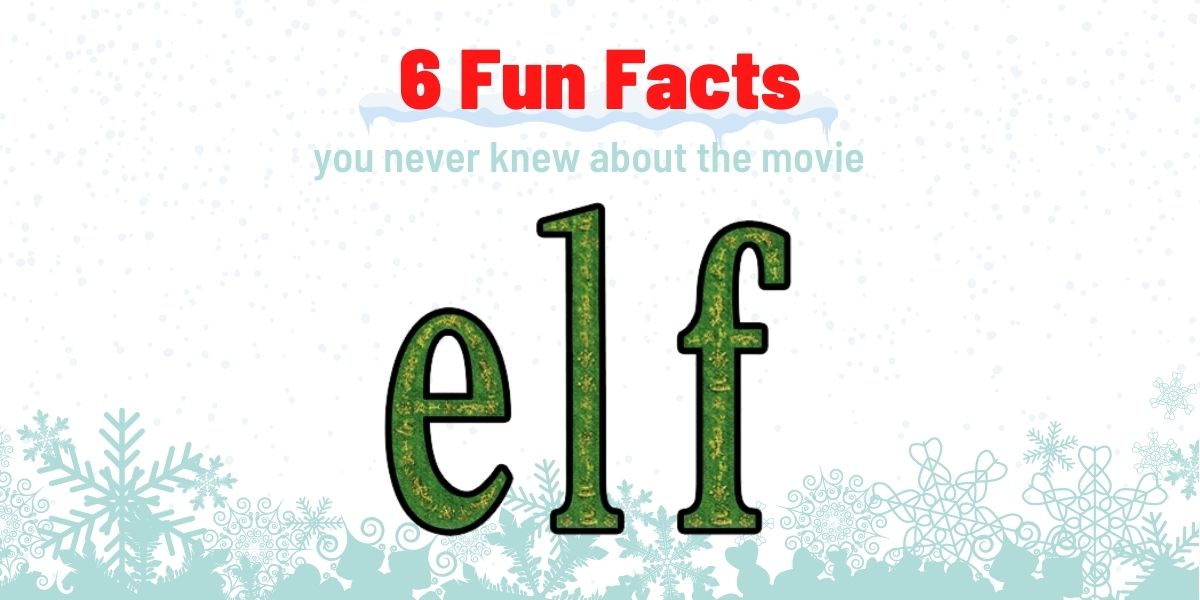 Elf is that one holiday movie that never fails to lift our spirits and open our eyes to the true meaning of Christmas.

So in honour of the holiday season and our upcoming production of Elf -The Musical Jr. here at Marquee, we’re going to share 6 Fun Facts you Never Knew about the Christmas classic.

If you want to travel through the seven levels of the candy cane forest, across the sea of swirly, twirly gum drops and on through the Lincoln tunnel with us to learn some fun, hidden facts behind this holiday favourite – read on!

1. Buddy’s sequence of running through New York was far from staged

If you were roaming the streets of NYC in December of 2002, you may have witnessed a strange sight.

When Buddy was running around discovering New York city, approaching pedestrians and chewing already chewed gum from underneath railings, none of that was planned. No filming signs or warning were up.

And none of the people you see walking around in those shots were hired.

Even that guy in the red sweat suit that Buddy runs up to and mistakes for Santa….yeah. That was just a normal guy out for a walk.

With a tight budget and one day of filming left, the director, some PA’s and Will Ferrell just jumped out of their car, tossed some money at some people and this entertaining sequence was born. Not even their director of photography was there. Buddy sliding through that tight tunnel and spinning through the revolving doors was all done on a whim.

And they even caused a couple minor car accidents while they were at it.

2. It was partially shot right here in Canada

While a majority of the film was shot in the city that never sleeps, all of those dreamy scenes in the North Pole were shot in good old Vancouver, B.C.

They needed a space big enough to build their snowy set. So, they settled on nothing else but a classic, Canadian arena: the Pacific Coliseum.

Even some indoor scenes based in New York were actually shot right here in Canada at this old mental hospital.

3. They went old-school on the effects

Throughout the film, you’ll notice Buddy is a towering giant amongst everything and every elf in the North Pole. But they didn’t just use your typical computer effects. They used a filming technique called forced perspective.

Forced perspective is a technique where you place subjects at different distances from the camera in comparison to others in the frame, and you compress the distance between with the lens.

This gives the illusion of a subject being larger or smaller.

You’ll see in this scene here, Buddy was seated on a riser a few feet ahead of the rest of the kids in the class.

This way, he’s closer to the camera and sitting up higher, but it looks like he’s sitting right next to them.

And when Buddy’s riding around on the bike with Papa Elf, Papa Elf’s hands aren’t actually his hands. They’re the hands of a kid crouched down out of sight. Papa Elf is actually sitting in a chair about 10 feet behind Buddy. That way, his head and the kid’s hands appear to be the same size.

It sometimes took up the entire night to prep for shooting these scenes. They did a whole 47 shots using this technique.

Even though not all of the scenes made it in the final cut, it’s no wonder it took a whole 10 years for this film to be made.

4. Yes…he did have to eat that spaghetti.

I’m sure we all felt a little nauseous when watching the scene of Buddy drowning his spaghetti in maple syrup, crushing in some Christmas candy and shoveling it in his mouth.

And the worst part is he actually had to eat all that candy.

Apparently he had quite the headache and insomnia from all of the sugar he had to eat for the role.

But don’t worry…he didn’t have to drink that one litre bottle of soda.

It all drained through a tube behind his arm that was removed with CGI.

5. Will Ferrell was actually scared of the jack-in-the-box

For the classic scene of Buddy testing out the Jack-in-the-boxes, Director Jon Favreau wanted maximum authenticity from Buddy’s reactions. So, he was holding a trigger off screen connected to the jack-in-the-box. That way, he could pop it up in Will Ferrell’s face when he was least expecting it.

So that look of sheer terror in Buddy’s eyes was actually quite real.

Until they discovered Zooey Deschanel for the role of Jovie, much of the music, including Baby it’s Cold Outside wasn’t even in the script. They wanted to cater the role to whichever actress they chose.

So, once they heard Zooey’s beautiful voice during her audition and learned of her experience as a singer – they knew they had to bring her voice into the story.

Well there you have it! Now you’ve got some fun facts to break out when you watch Elf this year with the family!

← Previous: Simple Ways to Give Back This Holiday Season Next: 4 Simple Musical Recipes | Warren Lobo →