Acting in Stratford and Beyond | Featuring Qasim Khan 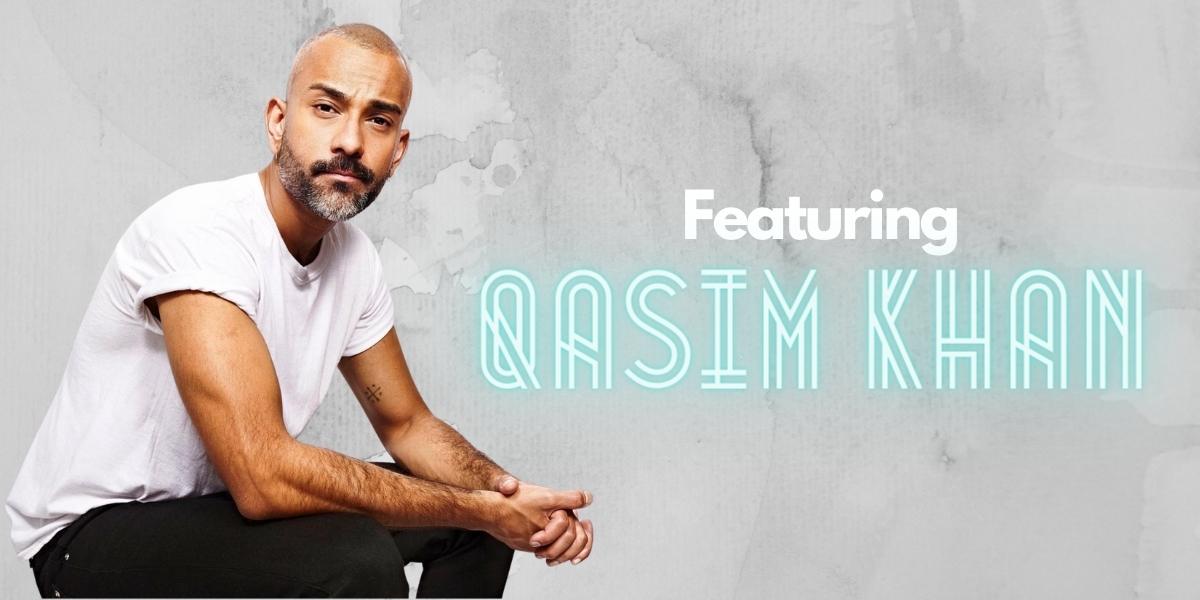 Meet Qasim Khan, a former Marquee student who now works in Stratford and beyond as a professional actor.

What has been your past experience and involvement with Marquee?

I was one of the lucky people who was in Marquee’s very first production, Joseph and the Amazing Technicolor Dreamcoat in 2000. If I remember correctly, a friend of mine from elementary school told me about auditions for the children’s choir. I auditioned and sang my song for Sheryl, Lauren, Michael, and Amy. I remember getting a call asking me to be in the choir, which was SO EXCITING! A few weeks later, I got a call asking if I wanted to be an actor in the show, playing the youngest brother, Benjamin… and that blew my mind!!

The experience of doing that show was huge for me on a personal level; I was a very quiet kid, and the year before this show, my dad had passed away, and that experience kind of sucked the joy out of my young life. So, working on Joseph helped give me something positive to put my energy towards, helped me build confidence as a person and as a performer, and I got to spend time with so many people who were passionate about theatre and performing in the same way I was – which reignited the joy in me.

The run of the show was also exciting. We performed at Newmarket Theatre, and then Vaughan City Playhouse- it felt like we did a nice long run. This was the first time that I was performing outside of school, with some professionals, and the whole experience made thinking about a career as an actor a realistic thing.

Where are you now? What kind of stuff are you doing?

Right now, I am on set, on a break, filming a commercial in Ottawa. My home base is in Toronto, and I travel for work across the country. I have built a career mainly centred in theatre, but I work on film and tv projects when they come up. In normal, non-pandemic times, I split my year partly in Stratford, ON, and Toronto, or wherever else I’m sent to work. In the last several years I’ve found myself performing in the UK at Shakespeare’s Globe, and throughout Canada in places like Charlottetown, Edmonton, Montreal, Ottawa, Winnipeg, Calgary – I’ve gotten to see so much of the country while working.

When I was in theatre school, I found that I had a knack for classics like Shakespeare, Chekhov, Ibsen, Williams, and the bulk of my career so far had been spent working in classical theatre. I get to also work on contemporary or new works and have been able to originate a number of roles, which is something I love doing. And my film and television work runs the gamut: I have played the lead in a series, played small roles on big shows, hosted a cooking show, been in movies and commercials- whatever comes up!

Before theatres were forced to close in 2020, I was working regularly at the Stratford Festival, starring in shows like Paradise Lost, The Comedy of Errors, and The Neverending Story, and a bunch of others. During the pandemic, I lucked out with a ton of developmental work on new scripts for theatre and worked on Disney’s upcoming feature Sneakerella.

When I’m not acting, I work as an anti-racism and anti-oppression advisor and facilitator at Stratford, am also a theatre producer with a company in Toronto called The Howland Company, sit on the Board of Directors for ARC – Actors Repertory Company, and write for stage and screen.

What has been your experience so far working in Stratford? Is it what you expected?

Stratford has been an incredible experience for me overall. Working in Canadian theatre is very challenging and it’s next to impossible for most people to make a career and earn a living doing that. There are a handful of places where you can earn a decent salary and work for a long stretch of time, but most productions in Canada run for maybe 3-4 weeks. At Stratford I get to run a show for months and months, and that is incredibly fulfilling, and requires a really particular skill set. At Stratford we work in a repertory, which means that I’m often working on three productions at the same time, playing three very different roles, and working with three different directors. So there’s an agility you have to find as an artist at Stratford, and the stakes feel high all the time because of the size of the place and the love the audiences have for these shows – so it requires total focus and discipline… and I love every second of it.

Stratford was a pipe-dream to me. When I was a teenager, my school took field trips to go see musicals, and I would wait at the stage door to get autographs and meet people. I auditioned for Stratford a bunch of times between when I graduated theatre school in 2008 through to 2015. The last audition I had I thought went terribly- I came home crying and convinced myself that it’s never going to happen for me.

In 2017, after a few good years of work across the country, I got a call asking if I would be interested in coming to work there… of course I would!

Stratford for me has also been a really enriching experience as an artist: I’ve now worked with most of the artists that I grew up idolizing, and those people are now some of my closest friends. I have also been given opportunities at Stratford that I haven’t had elsewhere: I’ve played more leads there than anywhere else, and I’ve worked on a really diverse range of shows from classics through to brand new pieces.

The fact that I can make a solid living, do what I love, and be given opportunities to grow, is HUGE, and makes my connection with the Festival really meaningful.

Saying that, it is grueling. We work 6 out of 7 days a week, do not have weekends or holidays off, and your time is carefully but specifically scheduled…like every hour of every day. So having any type of life outside of the season is impossible. I’ve missed nearly every important wedding, funeral, baby being born, so there’s definitely a trade-off. It is currently still worth it to me, and the folks that care about me, also respect that.

Was there anything that you learned or gained at Marquee that you think helped you get to where you are?

Absolutely! My experience with Marquee set me on my path to becoming a professional artist. The quality of work that was demanded of me at Marquee is no different than the quality of work demanded in the professional world. I said it above, but I really mean it: the confidence that Marquee instilled in me changed my life, and without that confidence, I would be nowhere. That’s the beauty about working as an artist- the skills you have in your life are the skills you have on stage, and so getting a chance to build those when I was really young helped a lot!

What are some things you’re hoping to accomplish in your career as an actor/performer?

I mean, I’m very excited for theatres to come back after the pandemic. There’s plays I’m longing to do, directors I’d still love to collaborate with, and I’d be lying if I said I didn’t want to work on Broadway at least once in my career – I’ve been CLOSE but no cigar. Yet. I’ve been lucky to get to do a ton while being (arguably) young in my career – so I feel like I have a whole lifetime left, and I try to keep raising the bar on my goals, as I accomplish them. The thing that drives me is making sure that folks of color see themselves on stage doing big things – so until I’ve done all the big things, big roles, big shows, there’s things to look forward to!

What’s the biggest thing that you have learned this far from working as a professional actor?

I think the biggest thing I have learned so far is that I am a very, very small piece of a massive team effort. This is true for theatre, film and TV. There’s HUNDREDS of people that work tirelessly to create the theatre and shows and movies we love. The best way I can help the effort is by being confident in my skills, vulnerable and sensitive in my work, and being kind to everyone I’m working with. I’ve been part of shows where a lead actor causes so much stress and tension in a process, and the show suffers because of it. So, reminding myself that I’m an important but tiny piece of the puzzle helps keep the bad parts of the ego at bay.

What advice do you have for others who are hoping to follow a similar path?

Start performing! Wherever you can, as often as you can. Acting and performance of any kind is a practical, on your feet thing, and so the more time you have to practice it, the better. If you want to get physically stronger, you work out. If you want to get more confident as an actor, act. I can tell you that having an organization like Marquee available to you is a gift. You get to practice with GREAT people.

And if you’re hoping to become a professional, remember that it’s all a bit of a gamble, and everyone’s path is different. I do believe that there’s a place in this business for every person that wants it and sticks with it: the timing will present itself. So, stay sharp, ready, positive, and your path will reveal itself to you. And spend less time comparing yourself to other people – everyone measures success differently, and yours will look different than everyone else’s. When I was starting out, my only goal was to be a dancer in Mamma Mia (HAH!) That never happened for me. Instead, I got to star in plays, and it turns out that that was the path for me.

Be curious, stay focused, and see what happens!

And if you want to read about more successful students from Marquee, check out our last feature interview with actor Landon Doak right here!

← Previous: From Shy to Star | The Magic that Theatre has on Youth by Jordan D'Amico Next: The Importance of Ensemble Roles →