Behind the scenes of Matilda | Mikayla Sandler 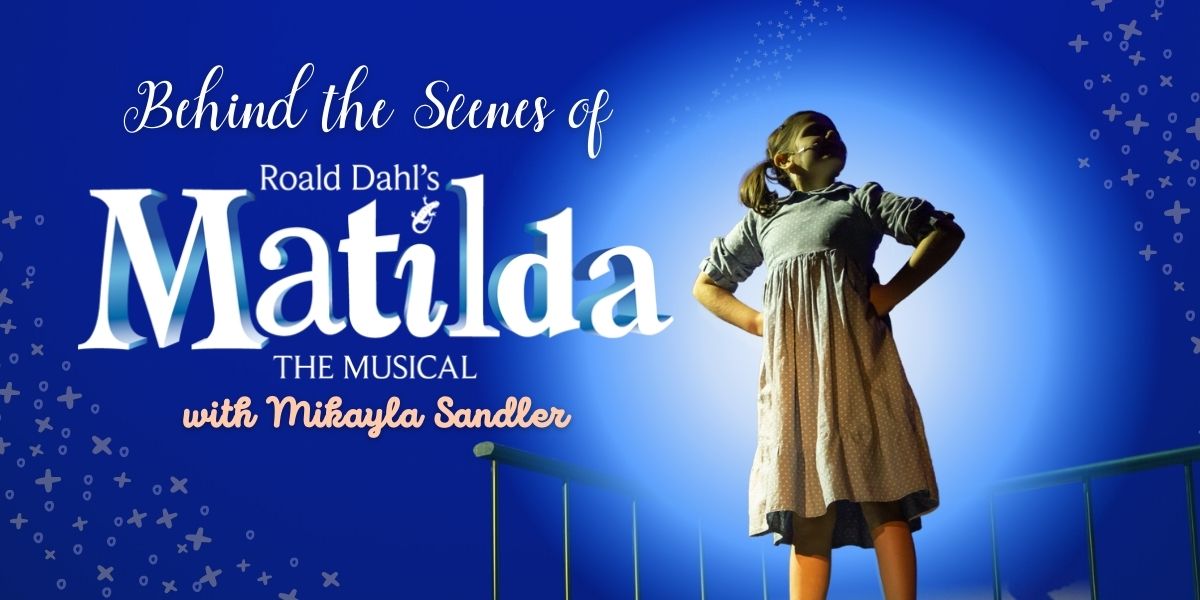 Matilda was the role of a lifetime and quite an adventure!

I even had to enlist the help of some Russian friends to learn some Russian lines because…y’know…Matilda can apparently speak Russian!

Then there were onstage bloopers! The very first time I slid down our slide sets, I ripped a hole in my pants. And the time during the bows when Ms. Honey (Ellen) and I slid down the slide together, I fell down!

One of the funniest bloopers was during the cake scene. One of the special effects was to make the giant cake disappear into the platter which was often a struggle for the cast members who were supposed to do this. One show they were unable to get the last piece of cake in and ended up tossing it off to the side of the stage instead.

My favourite blooper was the time I brought the wrong book out for a scene where Mr. Wormwood (JC) was supposed to tear the book in half. He had no choice but to tear the real book (instead of our fake prop book) in half!

Backstage is where I made so many new friends and great memories. I am so grateful that I was given the chance to perform my dream role and to share the experience with so many amazing people onstage as well as behind the scenes. To all the creative and talented people that helped this show become a reality… YOU ROCK!

← Previous: How to Reject Rejection Next: Reasons to Love Seussical →