From Marquee to the Big Screen | Nicole Huff 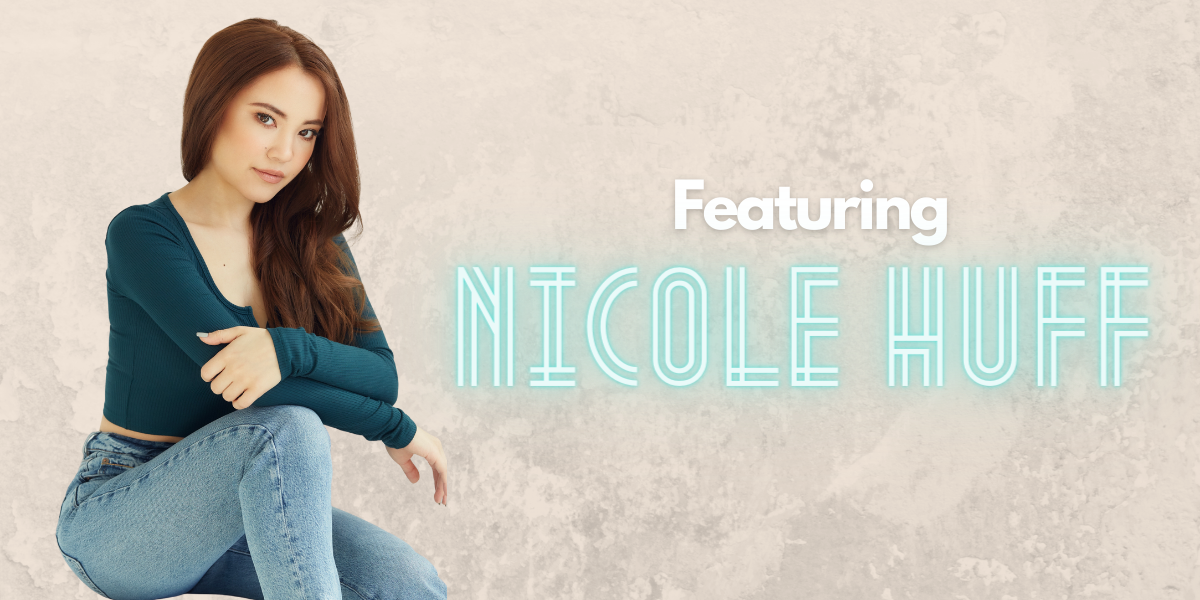 What has been your past experience and involvement with Marquee?

I’ve been involved with Marquee and have worked with Sheryl since I was around 8 years old. I joined musical theatre shows such as Annie, where I played Molly and then later on I played Kate. I played Michael Darling in Marquee’s production of Peter Pan. I did Joseph and the Amazing Technicolor Dreamcoat. I have also joined Celebration of the Arts and am a Bursary Award Winner in dance and piano. Marquee has always been a positive experience for me and I’m very grateful to have been a part of this community. Sheryl has also been an important part of my journey and has been a helpful acting coach/mentor.

Where are you now? what kind of stuff have you done/are you doing?

I have continued acting, singing and dancing. I’ve done over 35 TV commercials and have done a variety of TV shows and Film. To name several, I played Yvette in Life with Derek on Family Channel (Disney), Gloria in Degrassi, Renee Joy in Diggstown and Grace in Private Eyes starring Jason Priestley on CBC, Paige Aquino in Tiny Pretty Things starring Lauren Holly on Netflix, and Alina Taylor in Pretty Hard Cases starring Meredith McNeil and Dean McDermott on CBC. This year I’ve done four film/tv show projects. I just finished filming a movie for Netflix and possibly in theatres worldwide starring an A-List Hollywood actor. Airing on Hallmark around Christmas will be the movie, The Great Christmas Switch where I play Cloud. I will also be filming a series for CBC called Topline where I sing and play the role of Cassie. I’ll be filming a movie where I’m the leading lady in a couple months. Also hoping for more opportunities and bookings in the near future.

What has been your experience so far working in film? Is it what you expected?

It’s been a dream come true and everything I expected and more. I’m still on my journey and learning new things along the way. I’ve gotten to meet very talented people who share the same passion as me. I’ve gotten to make new friends and travel places. I’ve also gotten to use my craft and skills to play many different characters in both television and film.

Was there anything that you learned or gained at Marquee that you think helped you get to where you are?

Marquee gave me a taste of the industry and I learned how to work with other people of many different ages at a young age. I practiced auditioning for roles at Marquee. I really developed a passion for performing at Marquee and it only continued to grow from there. A lot of the skills that I learned at Marquee, I bring with me in film and television. When you’re putting on live shows in front of an audience, it puts you on the spot and you learn how to execute and keep going. I also learned the preparation process. I brought this with me in live auditions afterwards. Marquee also helped me come out of my bubble and have fun doing my craft.

What are some things you’re hoping to accomplish in your career as an actor/performer?

I’m hoping to continue being successful as a working actor. I’m hoping to work with more actors that I grew up admiring, and play different and complex characters. I also hope to continue challenging myself as an actor because no matter how much experience you have, there’s always room to grow. I’d also love to land a big life-changing role in Hollywood. I am very grateful for where I am now. I had LA representation reach out to me early this year which was a dream come true and am hoping to accomplish all my other dreams.

What’s the biggest thing that you have learned this far from working as a professional actor?

Keep it natural and authentic. What makes you different is a beautiful thing in this industry and it’s something any professional actor should embrace. I’ve also learned patience, hard work and persistence are the key. Rejection is inevitable in this industry and you have to not take it personally and never give up. The right role could be just around the corner.

What advice do you have for others who are hoping to follow a similar path?

I would say stay inspired and get to know the industry you want to be a part of. Whether it’s watching your favourite actor on screen or binge-watching your favorourite series. Get any practice and experience you can. Join anything that may help you as much as Marquee helped me. Practice and experience are all important aspects of being an actor. Stay positive, creative and motivated.

Forgot to add this:

I’ve also kept up with my singing after Marquee. I will be releasing my original pop music EP sometime in early 2022 hopefully. I’ve worked with a great music producer and am excited to share my music. Social media below: